Bharathi Kannama is a Tamil film directed by Cheran.The film marks Cheran\'s debut as a director and screenwriter. Parthibhan,Meena,Vadivelu,Vijayakumar,Raja doing lead role in this film. Music composed by Deva, It was well received critically and commercially upon release.
The story revolves around Bharathi (R. Parthiepan), a worker for a rich Vellaisamy Thevar Zamindar (Vijayakumar). He comes from a lower caste and falls in love with the rich Zamindar\'s daughter Kannamma (Meena). Kannamma feels the same way, however their differing castes become a barrier, and as Kannamma\'s marriage is fixed to a wealthy man, Bharathi doesn\'t have the courage to express his disapproval or start a relationship with Kannamma. His allegiance to the Zamindar, along with his fear of the caste system make him unwilling to stop the marriage. Bharathi\'s sister, however, also falls in love with a rich young man from a neighbouring town, and their differing circumstances do not hinder them from forming a relationship. In the end, Kannamma commits suicide and Bharathi jumps into her funeral pyre kills himself 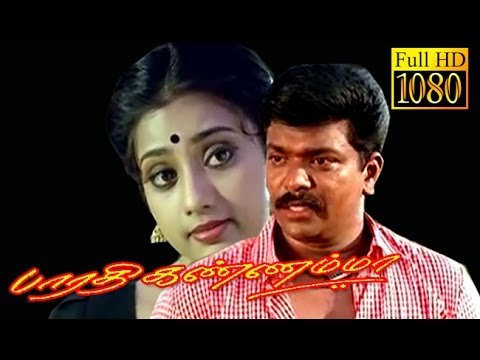