Ji is a 2005 Tamil political thriller film written and directed by N. Linguswamy and produced by S. S. Chakravarthy. The film stars Ajith Kumar and Trisha Krishnan in the lead roles, while the score and soundtrack are composed by Vidyasagar. The film was released in February 2005 following a series of delays and received mixed reviews which lead to an above average venture to the producer. The film was later dubbed into Hindi as Ek Sarfarosh: The Brave Heart in 2012.

Vasu (Ajith Kumar) is a happy-go-lucky final-year college student. But he is forced to contest elections in the college after being persuaded by his friends (Arun (Nithin Sathya) and Venkat Prabhu). He, however, incurs the wrath of the local MLA Varadharajan (Charan Raj), whose son is studying in the same college and is also contesting the elections.

In the course of events, Varadharajan's gang attacks Vasu and his friends. It's here that Vasu's father Seenu (Vijayakumar), a tea shop owner, advises the students to take a plunge in politics and teach the bad apples like Varadharajan a lesson. Taking cue from his words, Vasu does indeed take the plunge in politics with the backing of college students and even files nomination for the assembly election in Kumbakonam constituency. Varadharajan is naturally annoyed and angry at the presumptuousness of Vasu and tells him to back off from the elections. But a relentless Vasu goes ahead with his plans. The rest is a sequence of events by which Vasu wins the admiration of masses and succeeds in getting elected as a MLA.

Unfortunately, Varadharajan, unable to digest the defeat, plays a trick and burns a primary school and Vasu is blamed for the death of innocent children. He gets sentenced to seven years rigorous imprisonment. After serving the term, Vasu comes out of prison only to take revenge on Varadharajan. It's a happy ending with Vasu holding the hands of his long-love Bhuvana (Trisha Krishnan). 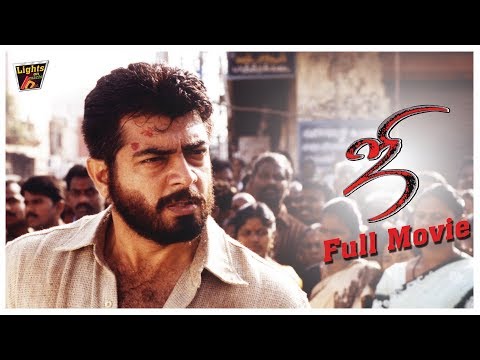