The movie 'Mugavaree' , powerfully deals with the life of a youth bound by hope, love, trust and faith. Sridhar (Ajith) struggles for over eight years to become a music director in the Tamil film industry.  His trials and tribulations are plenty, but his family steadfastly supports him throughout.  He runs into Viji (Jothika) and their friendship soon blossoms into love. She helps him get a foot in the door of the industry but bad luck spoils his chances. When Viji's sister's marriage is finalized suddenly, Viji's father (Jaiganesh) asks her to get married too. But he is worried when he learns that Sridhar is unemployed and following a dream that has not been realized for eight years. He offers a job to Sridhar, which he refuses as his dream is to become music director. He sacrifices his love to pursue his goal. Misfortune seems to follow him. His brother Shiva suffers a heart attack, and he is forced to take up a job. But he continues with hope that in future his dream may come true. 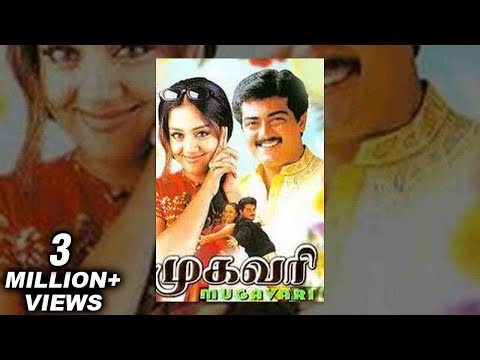 The movie 'Mugavaree' , powerfully deals with the life of a youth bound by hope, love, trust and faith. Sridhar (Ajith) struggles for over eight years...