#Vaanathaippola (transl. Like the sky) is a 2000 Indian Tamil-language drama film written and directed by Vikraman. The film features Vijayakanth in dual role, Meena, Prabhu Deva, Livingston, Kausalya and Anju Aravind. Produced by Venu Ravichandran under Oscar Films, the film has a score and soundtrack composed by S. A. Rajkumar and cinematography handled by Arthur A. Wilson. The film tells the story of a caring brother who makes sacrifices to ensure his three younger brothers succeed in life.

The film opened to positive reviews and box office success in January 2000, and went on to win the National Film Award for Best Popular Film Providing Wholesome Entertainment the following year. Vaanathaippola subsequently went on to become the most commercially successful film in Tamil, running for over 250 days in theatres. Furthermore, the success of the film led to two Tamil Nadu State Film Awards, as well as several remakes in other Indian regional languages such as Telugu, Kannada, Bhojpuri and Bengali. The film was remade in Telugu as Maa Annayya with Rajasekhar in the title role. The Kannada remake was titled Yajamana. The Bhojpuri remake was titled Pariwaar and in Bengali as Sneher Protidan. 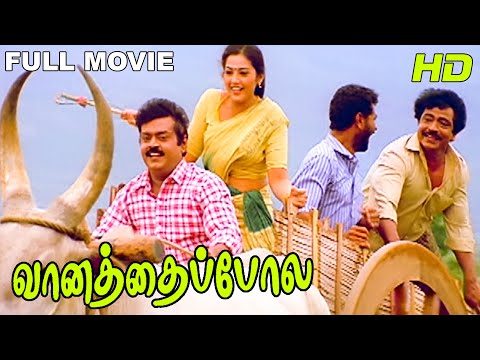